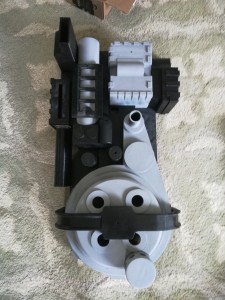 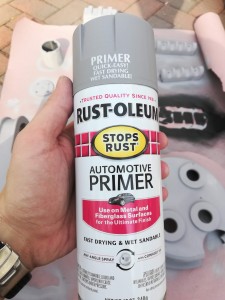 For some of the larger parts that needed to be put together, I used a combination of both glue and melting. An example here of this is the bumper arm that goes around the cyclotron. This printed in two large parts that needed to be assembled. I started out with glueing them together very carefully so that they were perfectly aligned. Next, i used a soldiering iron to melt them together 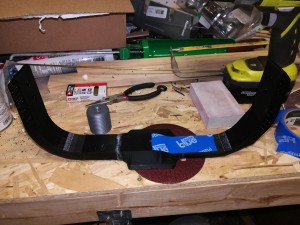 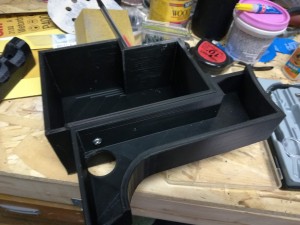 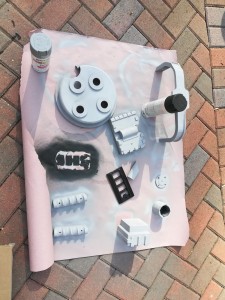 After priming, sanding, filling, priming, painting, sanding….it was finally time to paint some of the parts. Using a tip from a fellow Proton Pack builder I met online, I decided to try out Truck Bed Liner Spray. The particular person that mentioned this said they loved the texture it left, and I have to 100% agree. It feels industrial and rustic. 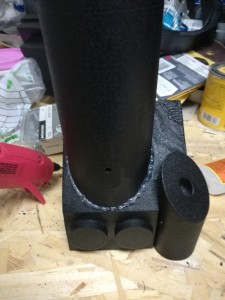 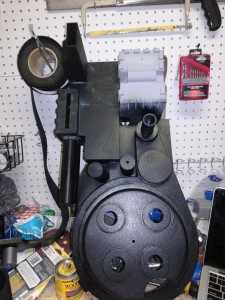 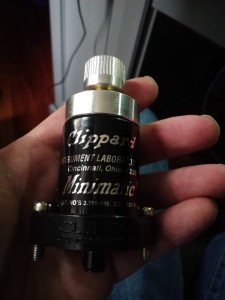 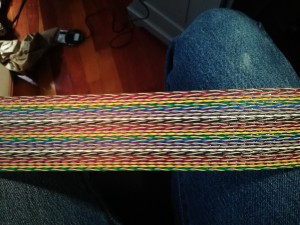