Come on. You KNOW you’ve always wanted one. I certainly did. I bought a rather high end lightsaber several years back from Saber Forge, which only lights up red, but is really amazing and everyone is always impressed with it. It’s customized and combines several Star Wars based sabers except for the grip. I haven’t ever taken it apart to see what was in it as far as components, but the speaker is extremely loud and it always sounds great. 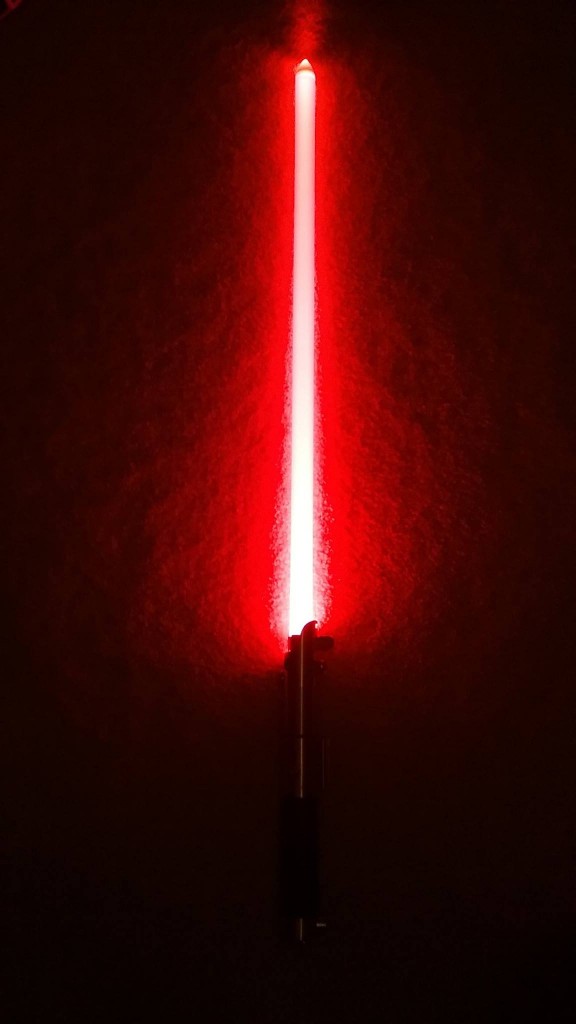 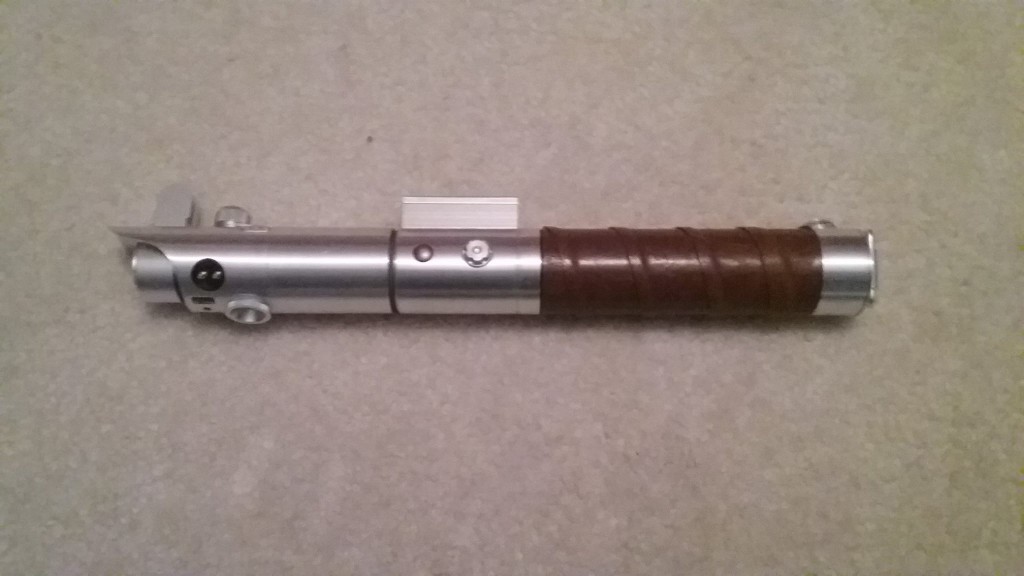 I’m in the middle of building an Arduino Nano Stormtrooper E11 blaster and my wife asked me if I thought I could build the kids some lightsabers so we could feed their new obsession with Star Wars. My initial reaction was “Wow…..my wife just asked me to build a lightsaber for my kids!” I was pretty sure I could, but hadn’t looked much into it yet. I knew there were places to get Arduino lightsaber setups so I started researching and found that there were MANY ways to build a DIY lightsaber. There are so many videos of people building them. There’s actually a pretty nice open-source community for lightsabers.

Arduino Nano’s are super cheap and all of the components for the lightsaber could probably be purchased for around $25-$35 dollars. I’ve seen a lot of people using Proffieboard which is a custom board just for making lightsabers. These usually run $40 – $50 on the internet, but there is a big community for them. Eventually I may try those out, but for now, and since I have a bunch of Arduino Nanos, I want to try a Homebrew board.

For the most part, I followed the Wiki on FX-SaberOS but I kept hitting a LOT of “gotchas” and small issues here and there. Here’s a running list of the things that I’ve worked through. I hope it helps someone. 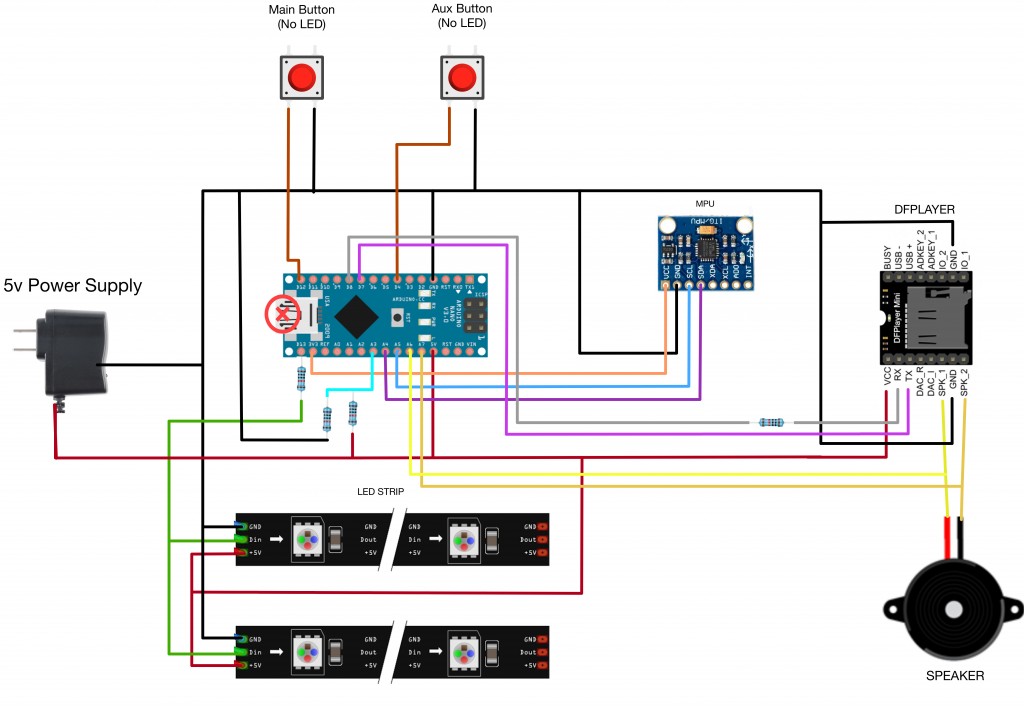 If you haven’t already gone over to FX Saber OS’ github repo, go ahead and check it out.  There are some really good resources out there for this part. I stumbled on this video for transferring the files (which hopefully you know how to do) and a walk through of some of the configs that you can change for your setup.

Setting up the MPU

This step must be done before wiring up your components. The Wiki on FXSaberOS is pretty straight forward. I found that the jumpers for my breadboard didn’t work that well with my MPU so I went ahead and soldered wires to it. The startup will not move forward if the MPU is not configured or if it doesn’t connect to it and detect it working properly. The below directions are directly from the FXSaberOS page:

To use the calibration tool (either one):

It took several times for me get a “connected” reading on my board and that was only because the jumpers weren’t connected well. There should be an LED lit on the MPU when it is connected. In the serial monitor, you’ll see a running log of random numbers. That means it working.

Once you get it all wired together, start trying to ignite the blade and see what happens.

Here are some troubleshooting hints that I worked through:

I’m in the middle of 3d Printing parts for these lightsabers, but here is the general idea of what they look like so far: 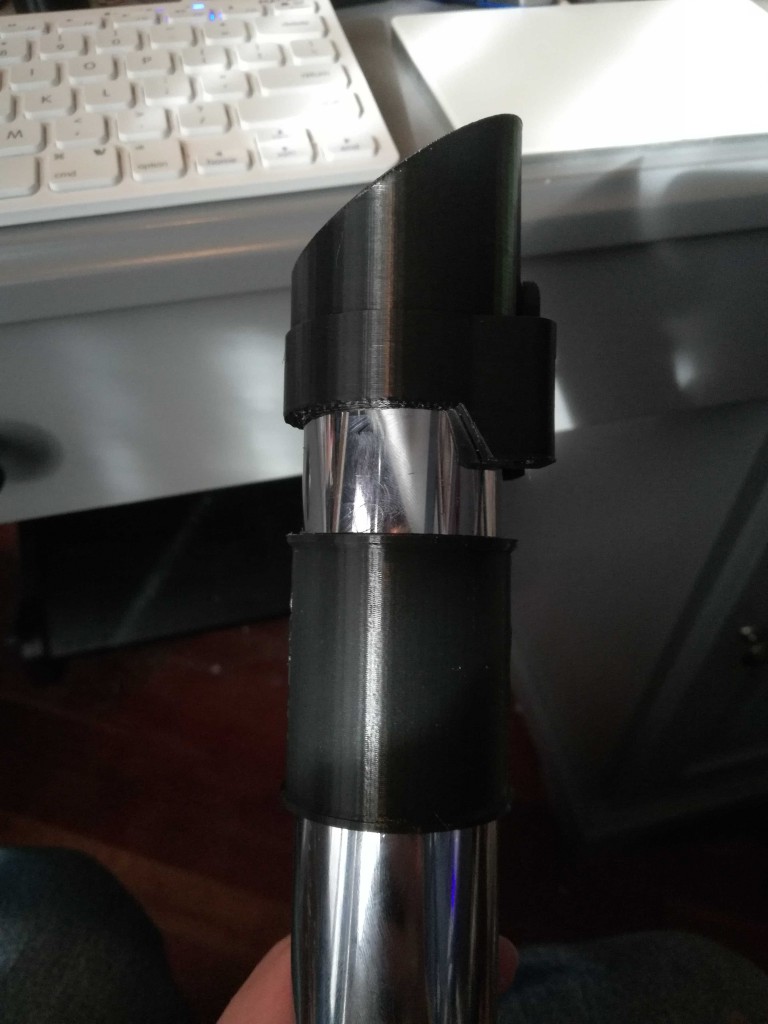 This is basically the top part of Darth Vaders saber hilt. The body is a 1 1/2 inch sink pipe. I’m working on a chassis and grips for it right now. I’ll cover the assembly in the second part.